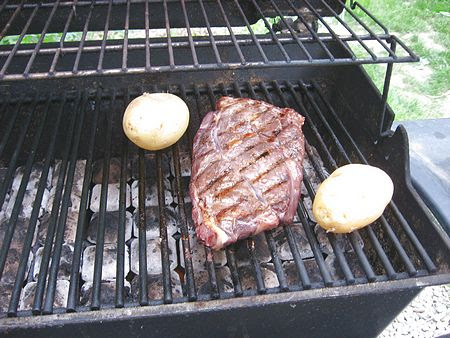 Bison steak (cut in two after grilling): the farm that raises them is near Stratford, approximately 33 km.

Potatoes: bought at the nearby farmer's market. Didn't ask for specifics, but I trust this group to have been in the Waterloo Region.

There was also margarine and salt involved in the eating thereof, and they are not local. I had water, and my hubby had a coke with his meal. 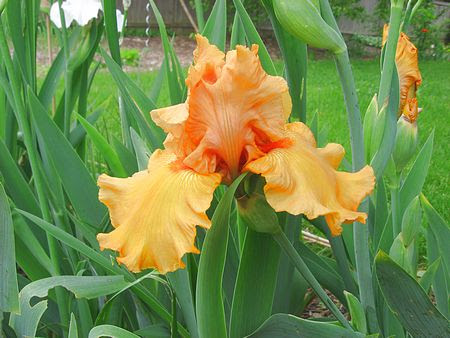 Blink and you'll miss them.... 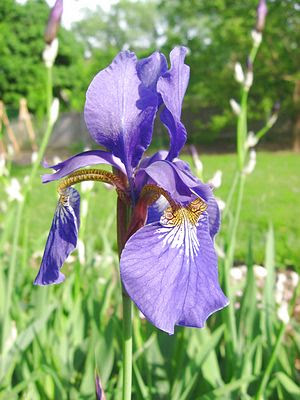 All of these lovely irises are now gone. 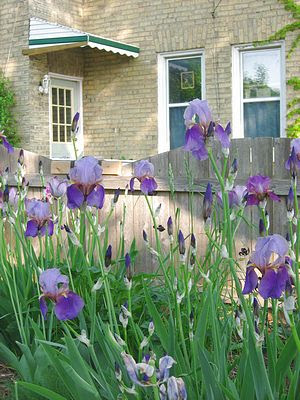 I can't believe the kind of year we're having. It was a slow start.... cold, cold, late frosts.... and then BOOM! too much heat and everything's melting away in seconds.

I'm convinced (from memory, because apparently the last two years of blogging isn't keeping enough information) that the irises were still blooming right up til the end of June. And this year, not even halfway through June and they're gone.

Something else while I have weirdness on the brain....

I've recently been picking Anti-V's brain for cooking clues. She's really quite a genius in the kitchen. And she's introduced me to some new ingredients and flavours - but many of them are not-from-here! To make the lemon and sesame seed fish, I had to buy a lemon from South Africa in the grocery store, and the leeks for the venison stew are from Mexico right now! I can get local venison, just not one of the veggies to go with it.

Believe me, I look at these things now that I'm getting more into the local food movement. It's really quite frustrating, these contradictions.

And the point of wanting to expand my cooking abilities in the first place was to be better able to cook local foods! 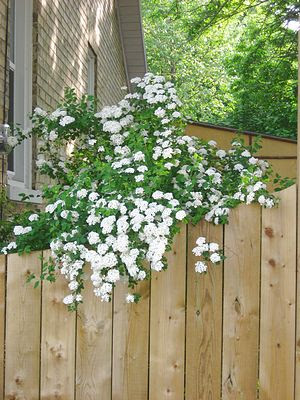 Oh by the by - Nina, I'm with you on the violets. Another one of those evil pernicious weeds. I can't believe that nurseries sell those too! 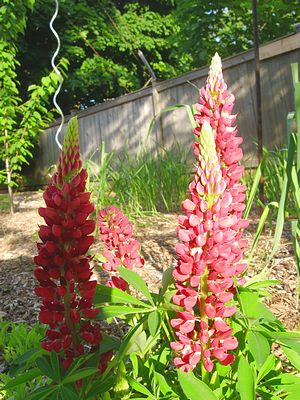 And an Icelandic poppy. I've heard that in Iceland, these things are considered weeds. 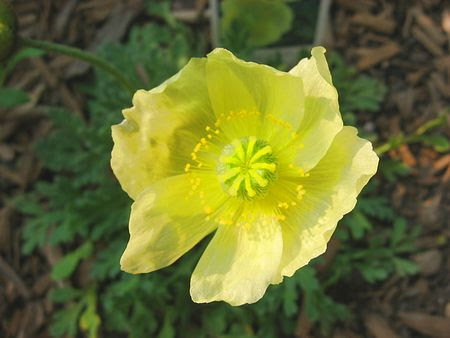 Can you believe what a nursery will sell? I consider forget-me-nots to be a horribly invasive weed - pretty flower, ugly after-life, spreads like wildfire. And yet, there they are - at $2.99 a pot. Crazy.

Woohoo! Liz has started up her One Local Summer project again. And this year, I'm going to participate!

My definiton of "local" is the most of the province of Ontario. Foodland Ontario and FoodLink Waterloo Region will both be very useful tools.

I'll be back in a few days with a picture and details of my first local meal!