Neil's been to California and has returned safe, and sound.

We've been to Canada Blooms, and it's now done for another year (and it's still not spring yet). 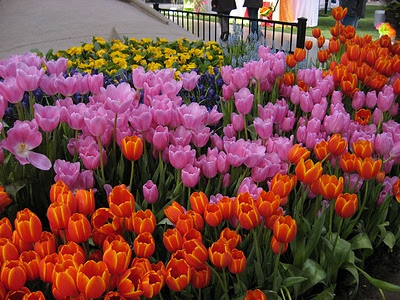 We stayed in our favourite hotel, the Cosmopolitian, and walked to the convention centre for the show. The restaurant that we planned for that evening was just around the corner as well. Iceland Naturally and the Icelandic Community Club of Toronto collaborated with several places throughout Toronto to present "A taste of Iceland". One of Iceland's foremost chefs was trucked in to create special Icelandic dishes in two different restaurants in Toronto. We went to the Biere Market on the Esplande. I had the duck - delicious!

But the real gem of the weekend (for me anyway), was the meal we had in the new restaurant at the Cosmopolitian. It's called Eight, and it's billed as a wine bar. I'm sure the wine is lovely, but I didn't have any. I had the lamb. Oh my gosh, I have never tasted a better lamb in my life.

Does this seriously look like New York to you? That's the CN tower in bottom of the picture. 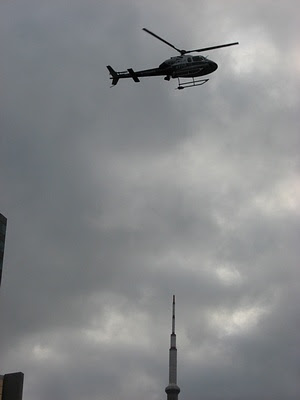