Day 5 and 6 - Historical Gardens and Smelting

Day 5 - overcast or raining most of the day. Surprisingly, there was just enough of a window in the afternoon to make it to the Historical Gardens after all.

And I have pics, of course. It's a big ol'garden - whatever else shall I do? :) Mind you, there are a million more pictures but I've narrowed it down to just these few.

Oh, and we can play a guessing game. For most of these, I haven't the foggiest what it is, so please feel free to let me know. 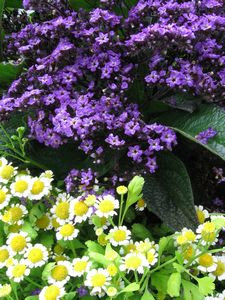 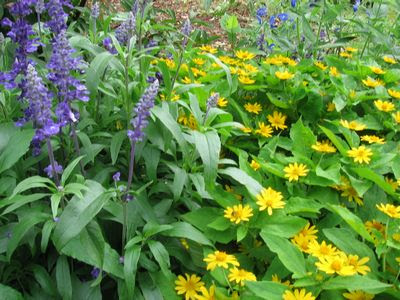 Blue something and yellow something. 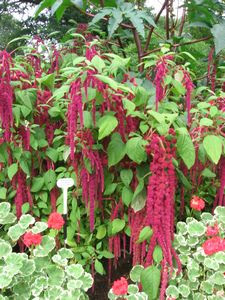 Love Lies Bleeding - this one I know! It's very distinctive. 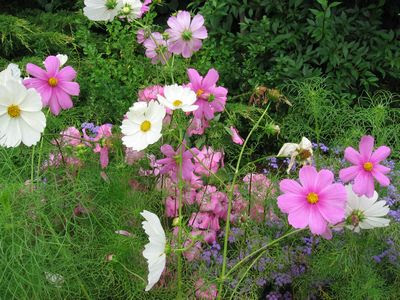 Pretty things...identified as Cosmos by Diana and Jamie. :) 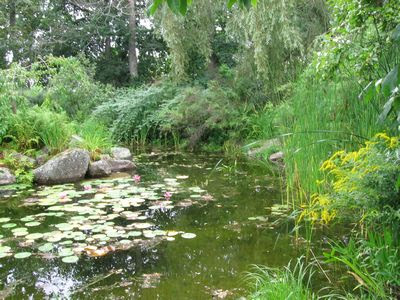 This was the point of getting us here, to this place. The Dark Ages Recreation Company, of which I am a part, had a specialized smelting team out at CANIron, a Canadian conference for blacksmiths from North America and Europe. Neil and I followed our hardy smelting crew out to take pictures and document the process.

The day started at 9am and finished at 9pm, more or less. The historical smelt was an abject failure. *sigh* We've had successes before with the process, but this time, the team made a fatal mistake. They tried too hard.

As I understand it - and I am not a blacksmith or particularily technically inclined - the team made the smelter *too* good, *too* much able to handle heat. They used a highly refractory clay and added kyonite to the mix as well. Apparently the process actually depends on part of the smelter breaking down and contributing sand to the slag bowl that should form at the bottom of the smelter, for the heat to reflect back and help the iron solidify and sit in the bowl. No smelter breakdown, ore that was too pure (and hence didn't have enough slag of it's own to contribute) = no slag pool, not enough heat for the bloom to solidify.

Now, there was a bloom and the removal and hitting therof makes for great pictures (as yet unprocessed) but that came only after they gave up on the historical process and added an electric blower.

I am loving reading this. Alas, I can only ID one of the flowers: the mixture of pink and white "pretty things" are called cosmos, at least here in the states. They grow easily and cut well.

not blue and white, but YELLOW and blue in the second pic... and only just home myself, so no ideas what they are yet...

Dangit, I was going to tell you what the cosmos were, but I see Diana has beaten me to it. :-)

Cosmos. Must get Cosmos next year. :)