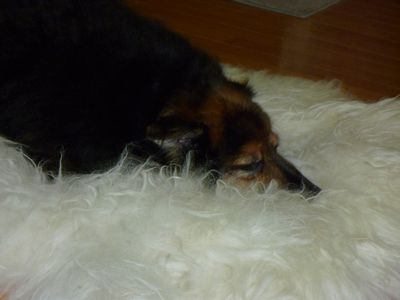 Email ThisBlogThis!Share to TwitterShare to FacebookShare to Pinterest
Categories: Leif the Licky

The students have returned to the campus, en masse. *sigh* To be that young again.

I haven't seen The Tool yet. Usually the engineers have to strut obnoxiously through Arts Quad at least once with the thing. But it is still early in the term.

Still early in the term, and one of my more unflappable co-workers has already been heard to mutter something to the effect of "I think they're trying to kill us."

The September long weekend, created compliments of Labour Day, brings it's usual trip up north for the annual SCA event at Bonfield. 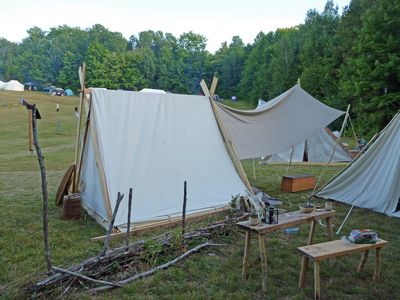 My tomatoes are starting to hit the production level. Sort of. Finally.

It's been a bad year for the tomatoes. Big plants, but relatively few tomatoes - I think I'm seeing the results of a critically reduced bee population. Next year I may take the precaution of pollinating by hand.

But between my own and the farmer's market, I've managed to stock up enough pasta sauce to last for the year, I hope. 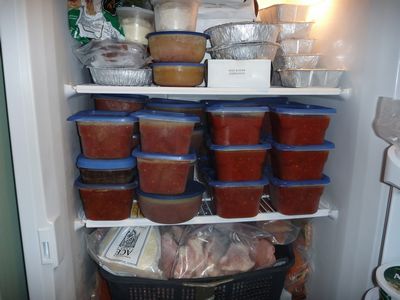 Yes, that is an entire shelf in the upright freezer. Maybe a few more batches?