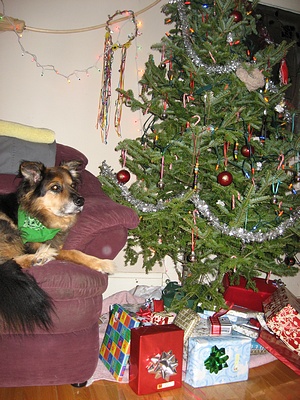 I've gotten poked by two friends. Vandy sent me email reminding me that I'd promised to put up some commments on Neil's recent bead explorations, and Nina left a comment kicking me to post up about my experience with spinning lessons.

So let's do this chronologically then and I'll throw in a visit to Peterborough as well.

First there was Neil's bead furnace experiment. He's finishing up his degree in archaeology at Wilfrid Laurier University and one of his courses asked for students to actually _do_ something in an historical manner. Neil made a bead furnace and made beads. 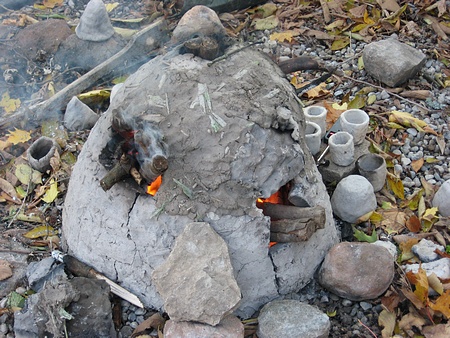 Neil made the furnace by himself, but needed an extra set of hands for the bead making so I pitched in. 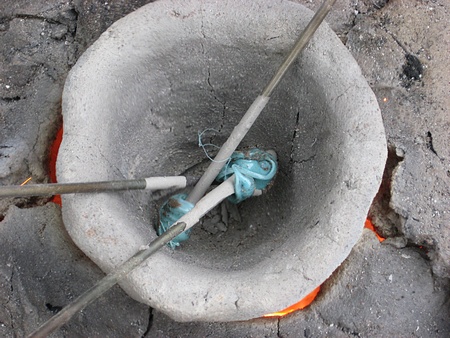 His paper is replicated on the Dark Ages Recreation Company webpage, here.

Later that same month we visited Peterborough to take in the Vikings exhibit at the Peterborough Centennial Museum. A friend of ours was the lead curator for this exhibit. 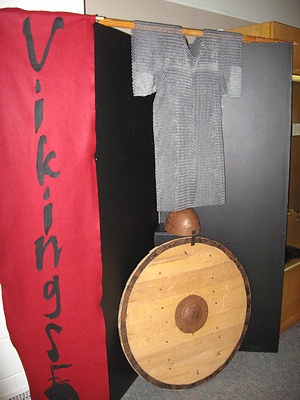 Our friend called upon DARC to donate some of our re-creations to supplement the exhibition, to make a simple panel presentation more 3 dimensional. That's Neil's shield in the picture.

But more importantly to me, is the loom that Dave made for his wife Anne, and then borrowed back for the exhibition. 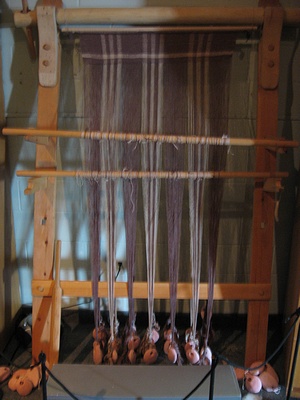 I greatly admire Anne's disciplined approach to study and recreation in the Viking Era textiles. Look at the fabric she's getting here... 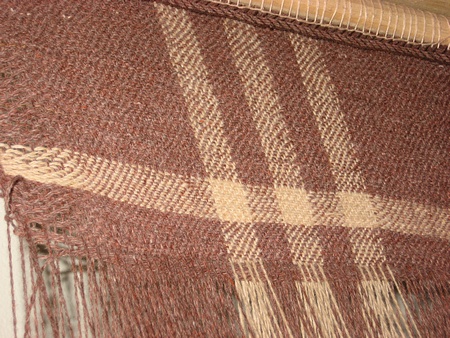 Now, she's all modest and doesn't think much of it, but I think it's great! I have trouble just getting started with the weaving.

The most recent development has been that I've started taking lessons from Wellington Fibres. Specifically, in how to spin on a spinning wheel. My friend Vandy loaned me her Ashford Traditional more then a year ago, and I've been trying to teach myself off and on. I finally came to the conclusion that it just wasn't working.

Ability with a drop spindle doesn't seem to translate that easily.

Now, I realize that I still need to make some progress in consistency but I was pleased as punch when I made my first plyed yarn on the wheel. 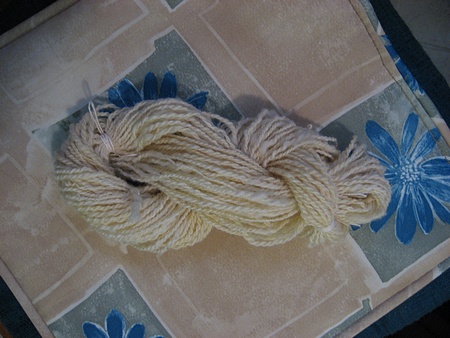 Three skeins later, I'm a little more annoyed by the slow progress and a tad worried about how badly overspun my singles are. It makes plying very difficult. Let's just say that plying from a center pull ball is an exercise in frustration that I'd prefer not to repeat very often. 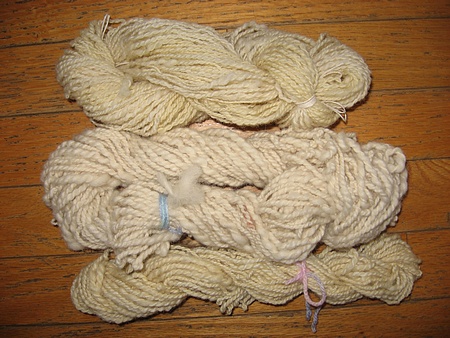 This past saturday was Dye day! Look at the pretty colours we got! 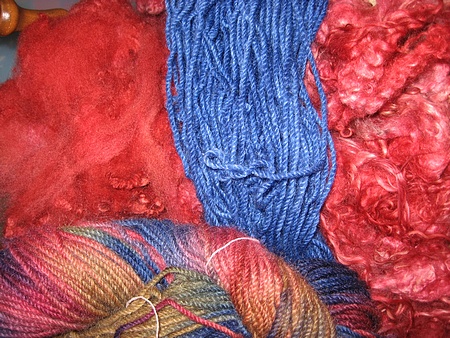 Now, these are all acid dyes and I doubt I'll repeat the experience very often unless I can visit the shop another day to hand paint some more skeins. I just don't have the equipment or space at home to handle acid dyes safely or comfortably. But that's okay, I'm good with natural dyes over the fire, like the Vikings did.

Now, this skein I'm pretty happy with. Very thin as a single, I could almost use it as sewing thread. Plyed, I don't really know what to do with it, but I'm sure I'll figure it out eventually. 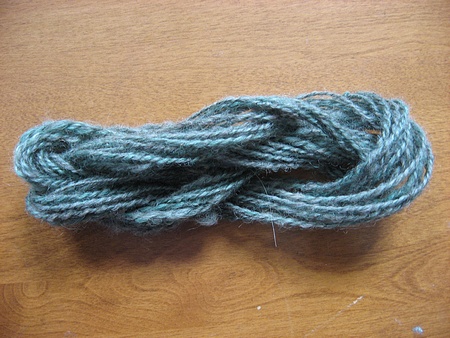 It's very pretty - 75% wool, and 25% acid dyed green mohair. Vikings didn't know what mohair was, but I certainly enjoyed spinning it.

Of course, they hadn't yet been introduced to the spinning wheel either (even though some version of it had existed in China at the time), but I'm sure they would have enjoyed it's production value if they had had it. :)
posted at 9:57 p.m. 4 comments: