Thank goodness for the campus!

I'll have to bring the camera in tomorrow, but I just took a walk around the campus at lunch today and there are flowers!

I saw a few bunches of crocuses, and dwarf irises!

Now I just have to go home and stare down my own garden.

Canada Blooms, Taranna, and the Potatoes

Last weekend, we went a'travelling. Just down the road a bit to Taranna, also known as Toronto, for those who prefer the correct spelling and not the accented phonetic version.

The delightful husband took me to see The Phantom of the Opera, and we stayed in this really gorgeous hotel, called the Cosmopolitian. We ate in the hotel's restaurant - Doku 15. Careful with that last link, it takes a long time to load and doesn't like all browsers. But it's the best meal I've had in years, and the service was fantastic.

And the next day, we made our annual pilgrimage to Canada Blooms. Sometimes it's disappointing, sometimes it's not, but it's the earliest touch of spring we can get up here in the great white north.

And it's right next to this favourite landmark. You would think after 30 years, I'd get tired of trying to photograph it, but apparently not. This is the world's tallest freestanding structure - the CN Tower. 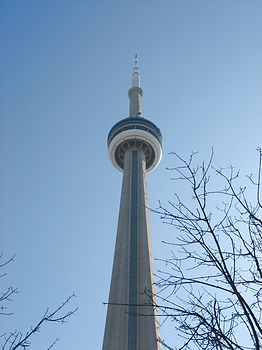 Another landmark near the convention centre is the Skydome (currently known as the Rogers Centre - I frown at the change of name), which hosts these modern gargoyles - sports fans. 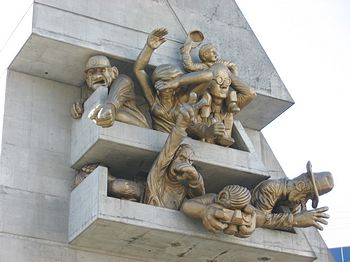 The convention centre itself pretty non-descript, architecturally. It's the things inside that usually get my attention. 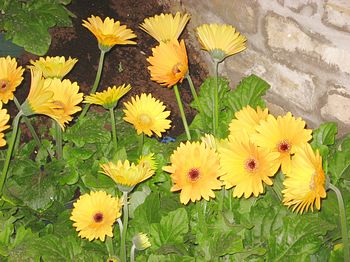 Or this interesting collection of standing stone waterfalls... 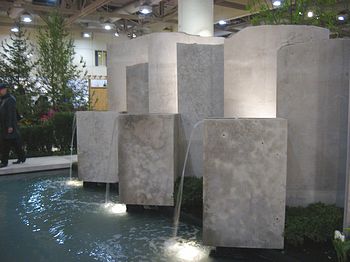 Can you imagine that in your backyard?

The theme of the show this year was "Earth, Air, Fire and Water". It looks like this landscape designer was trying to do something sort of Stonehenge-like, with water. Ambitious, for sure.

On a more personal front... the potatoes fall over over, go boom. Many of the stalks broke in the process. I completely fail to understand. 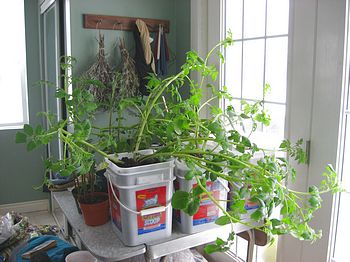 But ya know, I'm still encouraging them to grow - gotta see what happens next.

Well, it's been a month since I've had anything of any value to say. I guess it's time to wake up.

We've got another Snow Day here. And while there certainly is a lot of snow, it's the ice that has everyone worried. The short version is a big storm that mixed tons of snow with freezing rain and ice pellets came by to visit yesterday and we're all digging out.

Or in my case, waiting to be picked up... 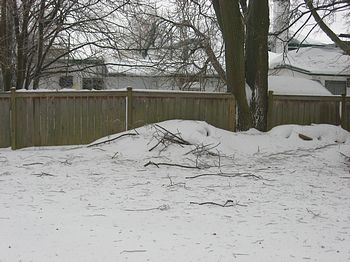 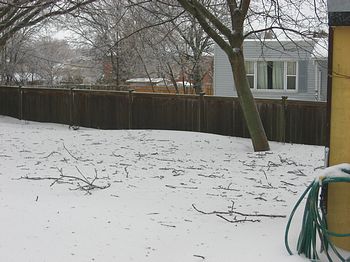 There are literally dozens upon dozens of tree branches all over the yard. Problem is, that snow is crusted over with ankle-twisting ice.

Those potatoes from a previous post? Okay, these ones....? 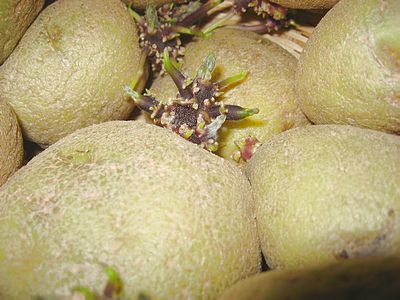 Well, I planted them just two weeks ago, and gave them just the tiniest amount of water. I didn't really want them to grow, it's still ages before they can be planted outside.

But they didn't listen. 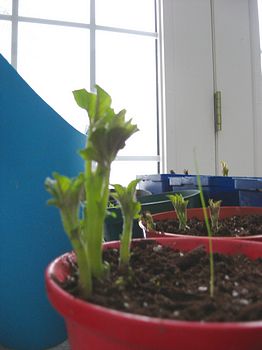 Eventually, they got so big in those tiny little pots, that I had to switch them into those big containers in which one can buy kitty litter in bulk. When I moved them, they were already starting to get rootbound. 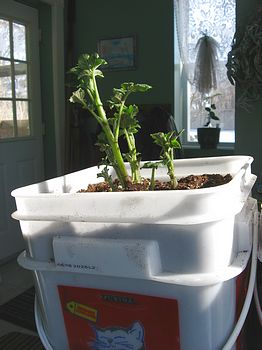 Again, I gave them very little water, but... 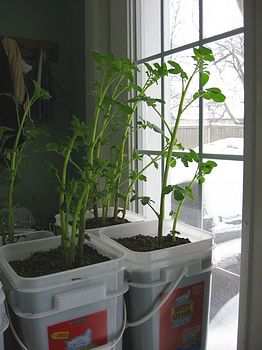 This one's from this morning.

They're literally growing an inch a day. Neil keeps saying that they should stop any time now and spread out some, that this is as high as potato plants get. But he's been saying that for days and it hasn't stopped them.

I've never grown potatoes before - any comments? Do I have a hope in hell of transplanting them safely in the spring at this point? Or should I just give up and see what happens in the buckets?

There's also been seed planting, but there's nothing to show for that yet.

And there was this Boat Burning thing....ya see, Dave (left) built this boat. 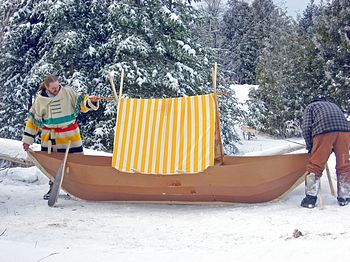 And Darrell added some "special sauce" because he didn't want to stand out in the cold for hours ....it's tradition that we don't go back in 'til it's done. 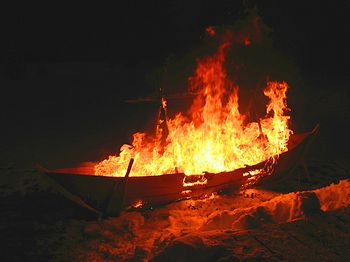 And that's it, that's the past month.